Another event held during Style Birmingham Live involved the essence of the main catwalk show and some holographic goodness. It wasn't quite Star Wars (you know, when they have a conversation with someone via hologram?) but it was still impressive.

I was seated on the front row of The Show: Redefinition, so I had a decent view of the stage. The hologram created the backdrop for each theme shown, with Tiffany Pisani (Britain's Next Top Model's 2010 winner) provided the poses and actions for it. I must admit, I didn't have a clue it was her at the time! She was working her stuff whilst the 'real' models took to the catwalk. Tiffany was in the background though, so whatever outfit was wore, it was overlooked and people didn't pay much attention. It was a shame really, as the whole idea was very strong. I thought they could have had a hologram somewhere on the catwalk, so the model was part of the show. I guess I was expecting a bit too much. Damn Star Wars.

Outfit wise, it was very different to the Town Hall Catwalk Show. I felt like these outfits were more 'me' and would suit my style. It wasn't too extravagant, but at the same time, the stylists experimented with various prints/patterns and different fabrics. Of course, I chose my favourite outfits for you to see...

Both outfits are available from Zara

Mod Squad and Spot It

Can't get away from him!

I went to the final catwalk show in Style Birmingham Live on Sunday. Based at the Town Hall during the weekend, it features the best new season ranges available around Birmingham for Autumn/Winter. It focused on showcasing high street brands to designer labels, whilst in a dramatic way. Each setting, mood and background music matched the themed outfits perfectly, drawing in the audience. Despite being on beautiful thin models, each outfit is available in plus sizes so it can be tailored to your shape. It's not all about size 0!

George Lamb was presenting the show, making the audience excited beforehand... Then afterwards, introduced Bradley Taylor, a celebrity stylist, for a Q&A. I met Bradley Taylor last year at Sheffield Meadowhall's October Fashion Month, when my coursemate interviewed him, so it was really nice seeing him again. Of course, I was a good few meters away but he was still friendly and polite to everyone like he was to me! And George Lamb. Wow. That's all I can say. He spotted me taking photos of him whilst going round the audience and he smiled - that's as much action as I got because I didn't go to the meet and greet (I had to run for my train, booo).

Anyway, I have a million and one photos from the show, and I won't bombard you with them. I've picked out my favourite outfits from each scene... You can also see where some of the outfits are from, according to the list Style Birmingham gave me. Some items have changed so you will notice I haven't covered every single item as they didn't match my list! Sorry!

How can you not love him?

All can be found in House of Fraser

All can be found in Harvey Nichols

Both outfits can be found in Harvey Nichols

Both dresses are by Cos
Right: Necklace - Forever 21

SEE! He looked at meeeee!

Style Birmingham Live (#1) What I got up to (and free goodies!)

Various fashion weeks have been going on during this month... and Birmingham had their piece of the action last weekend. Style Birmingham hit the Bullring, the Town Hall, the Pavilions and the Mailbox to offer us a mega-packed weekend full of clothing, accessories and beautiful people. One of which was George Lamb (if you follow me on Twitter, you may have noticed I mentioned him more than a couple of times...) who presented the Town Hall Catwalk Show on Saturday and Sunday.

I made the most of Style Birmingham on the Sunday, which was quite a bad decision because shopping hours are tighter, meaning less time to get round everywhere! Unfortunately, I did miss the goings-on in the Pavilions but managed to enjoy the rest. I won't go into full detail of each show now as I'll publish separate posts during the week!

After travelling to Birmingham in the morning, I took my front row seat in the spacious ground floor area of the Bullring (nearby New Look and Debenhams if you know the layout) to watch The Show: Redefinition. This was a 30 minute show with a difference - featuring various outfits with the added effect of holographic technology. And then of course, I witnessed the main Catwalk Show in the Town Hall, where we were joined by George Lamb, Bradley Taylor (celebrity stylist) and a variety of beautiful outfits! Here are a couple of photos for you to get the idea (as I said earlier, I'll feature photo-heavy posts of the shows later in the week)!

Taken from my iPhone - I'll save the decent photos for later ;)
Since I had to flash my press pass to get in, the woman who was seating everyone gave me a free tote bag full of information and goodies to enjoy. This included a box of salted caramel chocolates from Hotel Chocolat, an oversized ring from Claires and a perfume sample of The Body Shop's White Musk. I did notice that I got a few looks off the girls sat opposite me, wondering why I had a bag and they didn't, so I didn't show it too much. Didn't want to make a fuss! However, the two shows after mine had gifts for their audiences, and handed out fragrance-based bags to every single person (not just for press). I was so intrigued to what were in the bags (because the first show's audience didn't get any) so I asked what was in them. The same woman from earlier then gave me a bag (which I am very grateful for - felt a bit rude though but oh well!) that was filled with a few perfume samples (a mix of women's and men's). I haven't tried any yet so I shall let you know when I do! Everyone with a ticket also got a free Style Birmingham shopping bag, designed by Osman Yousefzada, which I will definitely keep for future use! It's different but lovely!

Sorry for the bad quality - the lighting was terrible & was too tired (and unaware...) to fix it!
During The Show: Redefinition, I noticed how the models had their make-up done by The Body Shop. Style Birmingham offered many in-store treats for ticket holders, including a free makeover at The Body Shop. I've never experience their make-up range but I've heard great things. I also thought the models looked beautiful, so wanted to embrace this treat and get my make-up done. I must admit though, my first initial thought was that 'as long as I get some mascara, I'll be happy' because I stupidly forgot to apply any! I decided to get my eyes and lips done - dramatic and colourful! Amelia, the make-up artist, chose blue and silver shades to accentuate my eyes, black eyeliner (which was smudged so it was less prominent) along with a subtle pink lipgloss.

Make-up used:
Shimmer Cube Palette (20 Blue/Grey - used blue, silver and black)
Carbon Eye Definer (in black)
Super Volume Mascara (in black)
Hi-Shine Lip Treatment (in 06 Party Pink)
My own make-up:
Witch Anti-Blemish Skin Clearing Primer
MaxFactor Smooth Effect Foundation in Buff Beige
Benefit's Posietint
HD Brows Eye & Brow Palette in Bombshell
I was very surprised at how pigmented the shimmer cube shadows were. I definitely got a few looks when I was strolling through the Bullring afterwards - whether it was in a good way or a bad way, I have no idea! This lasted the entire day, yet was very easy to remove. The money puts me off (£16!) but then again, you get 4 shades in a palette, so you can mix and match, along with learning how to create a variety of looks using them. I also loved how the lip gloss felt. It stayed on for ages and didn't dry out. My lips were very dry during the day, but this helped make them feel more moisturised. I forgot how much I love lip gloss until then - might go back to being a lip gloss girl!

And last but by no means least, I met two lovely 'ladies' after the catwalk show - driving around on shopping trollies and giving it what they got to some music, such as Riverside (Let's Go). I have a video and a few photos dedicated to 'Granny Turismo' (yes, that really is their name), which I will also leave for later. Keep you in suspense ;) It's worth the wait I promise - they were hilarrrrious! Personally, I think they deserve their own mention, even if it isn't fashion related!

Even the photo doesn't give much away!
Watch out for the other posts during the week! I've got around 400 photos to go through so bare with me ;)

Did you go to Style Birmingham? Or any other fashion event in your city? How important is it for other places in the UK to hold their own fashion and beauty events? 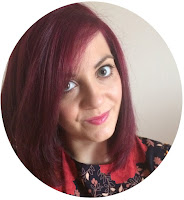 A bit of an all rounder, sharing all the things that I love, that inspire me or that I get a bit too excited about.

© Dani Johanna. All rights reserved.
Blogger Template Made By pipdig